ATTENTION TRAVELLERS: FlyClear™ by LifeLabs migrated to a new portal on December 14, 2021.
If you are looking to register for travel-related COVID testing or access your FlyClear results, here.

Change to ordering process for ANA & ENA tests in BC effective August 8, 2021

Change to ordering process for ANA & ENA tests in BC effective August 8, 2021

Previously, ANA and ENA could be ordered separately or together. Moving forward, ENA testing will not be conducted unless the patient has a positive ANA test within the previous 12 months.

Following a Record of Decision issued by the BC Ministry of Health, LifeLabs is changing the way Antinuclear antibodies (ANA) and Extractable nuclear antigens (ENA) are ordered and performed, starting August 8, 2021. The Record of Decision supports improved clinical utilization of this testing.

Previously, ANA and ENA could be ordered separately or together. Moving forward, ENA testing will not be conducted unless the patient has a positive ANA test within the previous 12 months.

Testing for ANA is the first step when screening for one of the systemic autoimmune rheumatic diseases (SARD). If the test is negative, the patient is highly unlikely to have one of the SARDs.

In patients with an ANA titer of 1:320 or higher, ENA testing will automatically be performed by LifeLabs as a reflex test.

When the titer for a positive ANA test is 1:80 or 1:160, ENA can still be ordered by a health care provider, but it will not be done automatically.

If ENA is ordered by itself and no ANA test has been performed in the past year, then an ANA test will be run on the patient specimen.  The results of the ANA test will determine whether ENA testing is performed.

Due to a manufacturing shortage of reagent kits, H. PYLORI STOOL ANTIGEN testing will be temporarily...

Due to a supply chain issue wit...

We’re pleased to share that LifeLabs has reintroduced its H. pylori Urea Breath test to its roster...

Client Notice: Recent evidence has emerged that suggests a reassessment of the formula for calculati...

Due to issues with our referral laboratory, Free Valproic Acid will temporarily be unavailable. We a...
Three-Year Agreement Reached Between LifeLabs and OPSEU

LifeLabs and the Ontario Public Service Employees Union (OPSEU) will return to the negotiating table...

LifeLabs and Anderson College Working Together to Support Medical Labo...

LifeLabs' President & CEO shares stories from the frontlines of the pa...

Charles Brown, President and CEO of LifeLabs, was thrilled to share his story in the book “Unprece...

LifeLabs shines the spotlight on its employees for the 37th ... 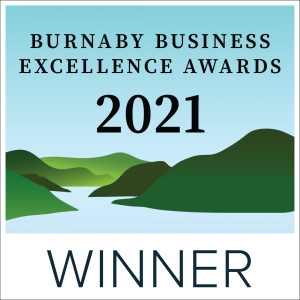 The MyVisit fee is $80 per person.

Book your appointment online here. If your flight is within the next five days and you have received your FlyClear requisition, please contact a MyVisit coordinator 1-416-993-9579 (Monday – Friday, 9am-5pm EST).

Your health & safety is important to us

Please note that face masks are mandatory at all times at all of our locations to ensure the health and safety of all customers and employees.

Please inform staff if you are unable to wear a mask due to a medical condition.

Thank you for your cooperation!